Atherton Solar Farm is a 81MW(DC peak) fixed orientation flat plate concept at a fixed angle to the horizontal using an array frame/structure that stretches across the site in an East-West orientation. This type of system uses an annualised Azimuth and Elevation, allowing for the seasonal and daytime variation in sun location.

The DC/AC ratio has been increased to provide additional energy output during the shoulder periods before and after midday, to flatten out the production curve, and with expectation that peak output of the inverters at midday may be constrained to the maximum AC rating of the inverters.

The AC output of the tier 1 SMA Solar Technology inverter is transformed by a field transformer to 22kV, which is connected to 22kV distribution collector cables that connect to each inverter-transformer station to the central 22/66kV substation.

There are six 22kV distribution collector feeders emanating from the central 22/66kV substation switchboard, which each, interconnect four inverter-transformer stations.

Energy yield modelling using Solar GIS data over a 10 year period established an annualised yield of up to 148,000MWhr's. 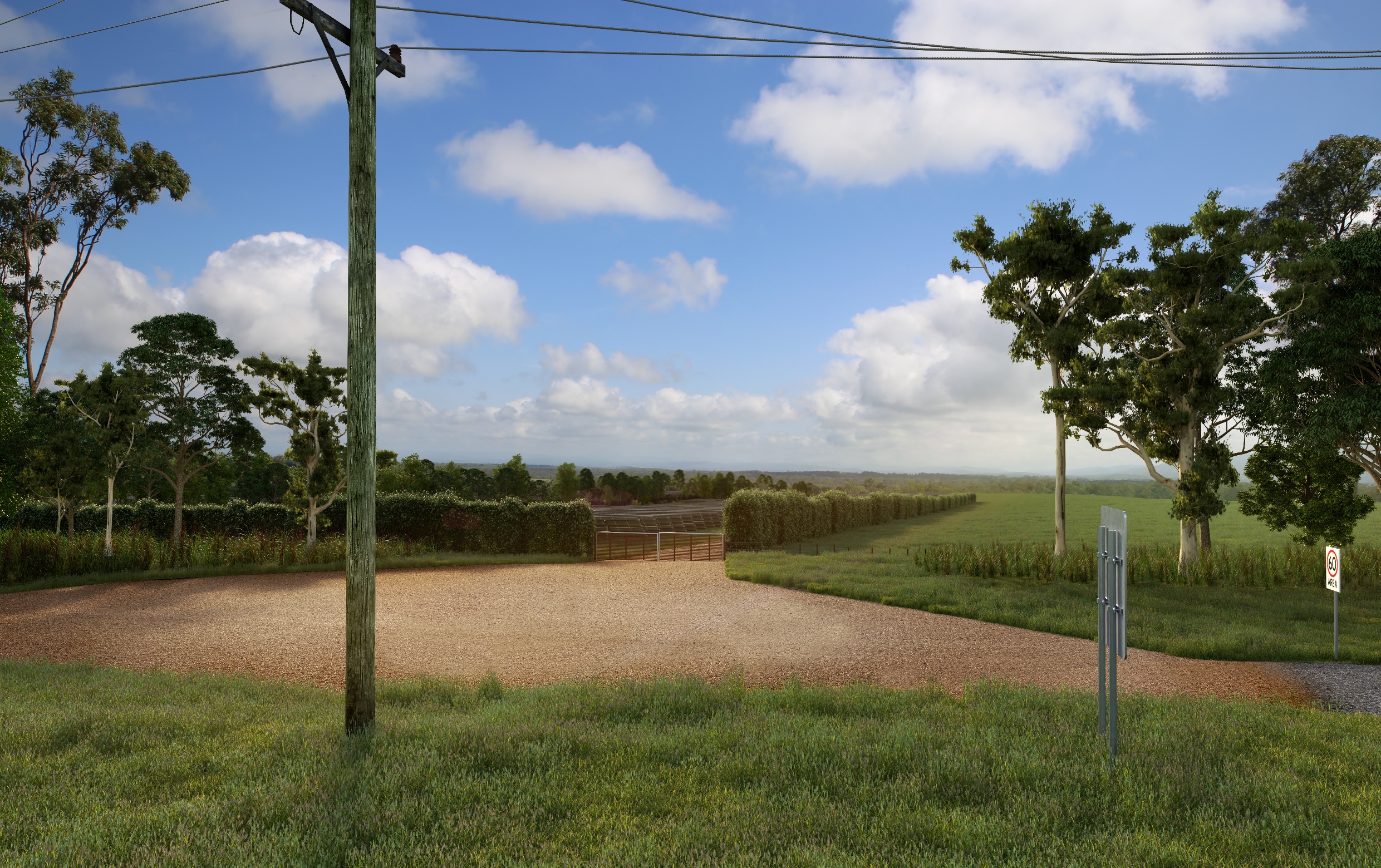